Does this look safe to you? 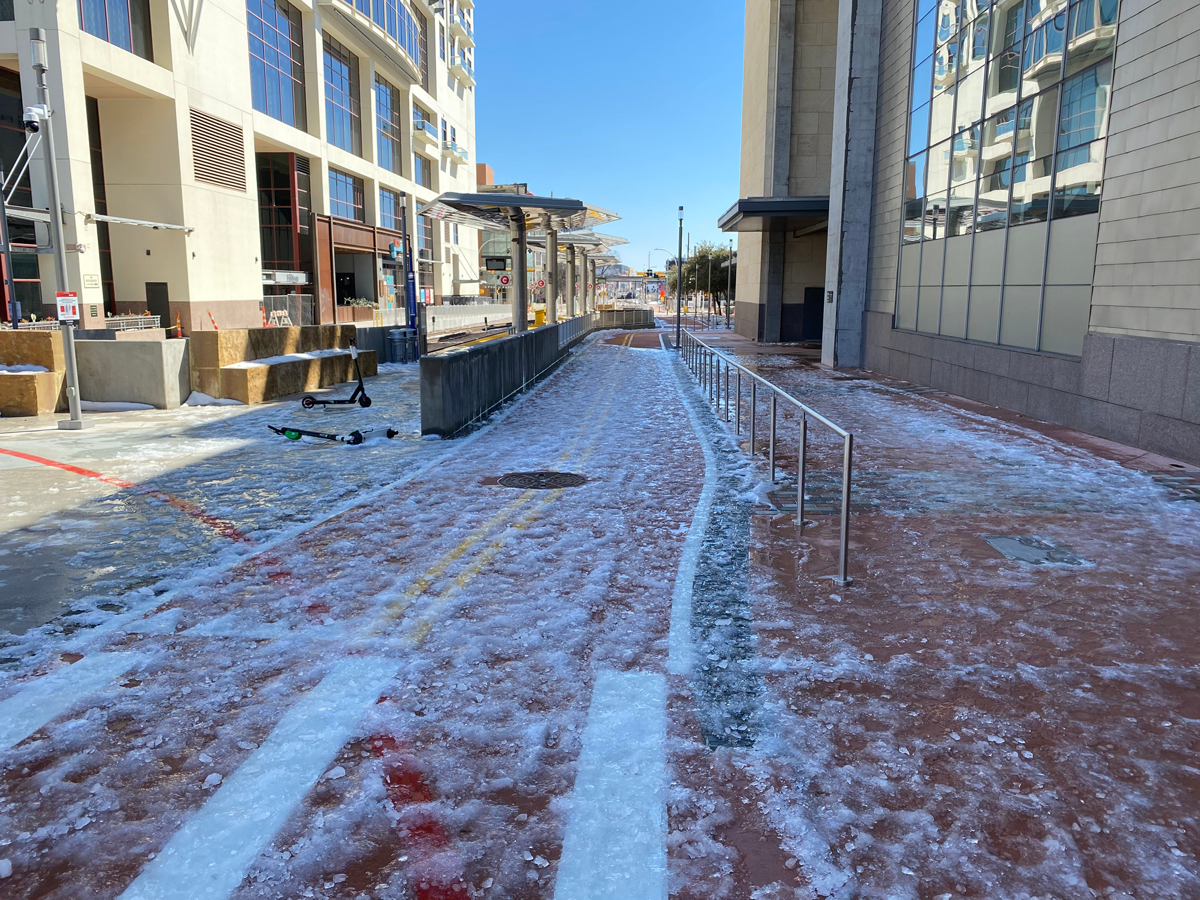 Well, of course, we mean to ask if it looks safe aside from the ice and snow!

The Downtown Austin transit station, bikeway, and walkway design (pictured above) was overwhelmingly approved by the Austin Pedestrian Advisory Council and the Bicycle Advisory Council in 2017. It was also approved by Capital Metro staff and represents an improvement over the previous design.

However, Capital Metro is currently proposing to exclude the Red Line Parkway from the McKalla Station area altogether! Their McKalla Station design would multiply the risk to trail and transit users by rerouting the trail along a circuitous and confusing route across several busy driveways.

We have long proposed an approach of working with Capital Metro staff directly on this, or that their staff work with City of Austin staff to come to a solution. We prefer working closely with CapMetro staff on design issues. However, after almost a year of requests to meet on this and after CapMetro brought the design to an advanced stage, only in the last few days have they opened a dialogue to work toward a solution, so we encourage you to reinforce the importance of including the Red Line Parkway through the McKalla Station area:

We will continue to work with Capital Metro, City of Austin, rail station industry experts, Austin FC, Shoal Creek Conservancy, and others to find a solution that includes the Red Line Parkway through the McKalla Station area.